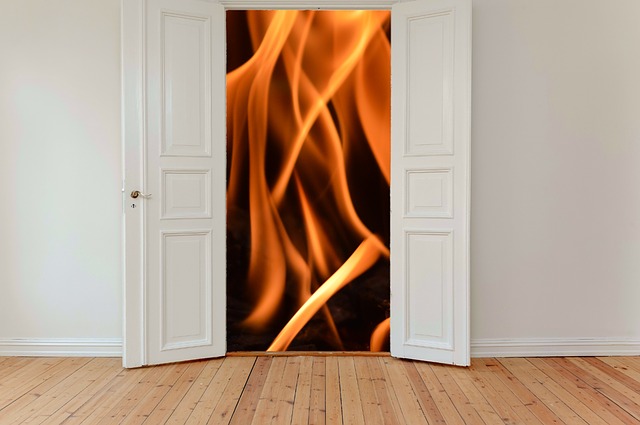 In an effort to deliver what the market wants—cheaper and more energy-efficient housing—the construction industry has lost its way. The answer? More oversight and regulation, according to the authors of a new report, lawyer Bronwyn Weir and Professor Peter Shergold AC, chancellor of Western Sydney University.

Were it not for the horrific spate of high-rise fires in Australia and London, one might be tempted to yawn at any report called Building Confidence: Improving the effectiveness of compliance and enforcement systems for the building and construction industry across Australia.

However, the tragic deaths of 71 people in the Grenfell Tower fire in London on 14 June 2017 made us all wonder about building standards. It is still being investigated, but the use of highly combustible polyethylene cladding on its external walls is widely accepted as having worsened the fire.

The spotlight swung onto Australia with a cladding fire at the Lacrosse building in November 2014, in Melbourne’s Docklands. No-one died, but the authors remind us of our close shave: “Over 400 occupants were evacuated as the fire raced up 13 storeys via the external façade of the building within minutes of igniting. The Lacrosse building was completed in 2012 and was clad in combustible aluminium composite cladding containing polyethylene.”

Governments snapped to attention. In mid-2017 the Building Ministers’ Forum (BMF)—made up of federal, state and territory building ministers—asked Weir and Shergold to find out what was going wrong. Their deliberately succinct report, 48 pages including 24 recommendations—concluded that the building professions needed far more oversight. Australia’s three-volume, regularly updated National Construction Code (NCC) is deemed by the report’s authors to be enough to keep us all safe. What is missing is a mechanism to ensure buildings comply with it.

The debate facing all professions

Professionals, by definition, are experts. Their knowledge, skills and experience separate them from the amateurs. They set high standards for themselves, usually in the form of codes of conduct policed by the industry bodies that most belong to, such as Engineers Australia or the Australian Institute of Architects.

But ours is a complex world. There are many professionals involved in construction, including architects, various engineers (including fire engineers), builders, building surveyors (inspectors) and draftspeople. And just who is responsible for what is at the heart of the failures facing the construction sector. Cracks have emerged. How else could we end up with buildings clad in combustible materials?

Industry bodies face an inherent conflict of interest: if they censure or ban their members, they lost revenue. So when poor practice becomes wide-spread, they are at a loss to counteract it. It becomes the new standard.

The good (and bad) news for designers

The investigation into the Lacrosse fire was tough on the architects, Ellenberg Fraser as well as the fire engineers, Thomas Nicholas and building surveyors, Gardner Group. Investigators found the architects were “sufficiently expert” to know that the cladding was a fire risk.

Weir and Shergold recommend: that there be a statutory duty on design practitioners to prepare documentation that demonstrates that proposed buildings will comply with the NCC.”

That equals a greater role (and more money) for architects who will have more control over the quality of the finished building.

The report also recommends that professionals oversee each other. “We recommend a more robust approach to third-party review of designs and to the documentation and approval of performance solutions and variations.”

In this recommendation, the authors are recommending a return to a long-standing professional standard of oversight that has been eroded over recent decades to cut costs.

It’s going to be expensive

It’s not good news for housing affordability; the more oversight (read red tape), the greater the cost of construction. But doing nothing is not an option. Lost lives and lost homes are too high a price to pay, let alone the lost money.

It’s an opportunity for the design professions to push back against the race-to-the-bottom developers and insist on professional standards, and fees to match. If it works, and a happy medium is found between oversight and self-regulation, apartment buyers will be the winners, with better safety and design.

(Come and see me interview Bronwyn Weir about the report next week at Design Build EXPO).