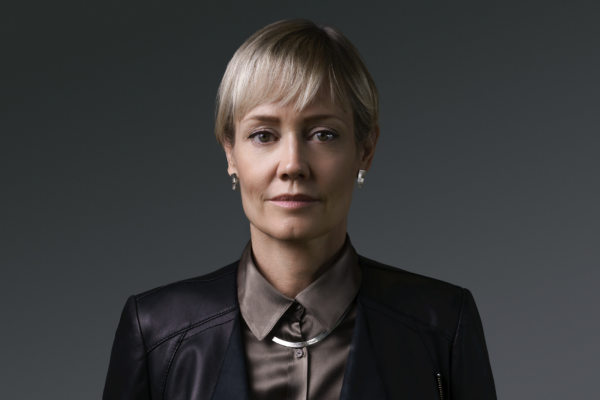 Brooks, who won the 2008 Royal Institute of British Architects Stirling Prize for excellence in architecture, said, “I felt it was really important, at this moment in my practice, to declare the importance of a value system for architects working today.”

Brooks made the comment while presenting at the Melbourne School of Design’s Dulux Dean’s Lecture Series 2018 (see full talk here). Brooks is the founder of Alison Brooks Architects. She was born in Ontario, Canada, in 1962 and moved to London in 1988 where she has practised ever since.

“Ideas flow from ideals,” Brooks said, “and historically our architects have been reluctant to declare their politics or the real social or political motives behind their work. And, in a way, their artistic intent.”

Brooks stated her values as:

“These four ideals, I applied to every project,” she told the audience. “It doesn’t matter what sector, what client, what place.” So important are these values that Brooks has captured and published them in a book, Ideals then Ideas, available from her website for £40.

“It suddenly changes the way the conversation happens when you insist on these qualities as being intrinsic essential elements of your work.”

Brooks comments come amid an uprising of similar sentiment among architects in Melbourne. The Nightingale projects, led by Jeremy McLeod’s Breathe Architecture, have attracted national attention for their commitment to affordability, community and sustainability.

On October 4, Breathe release the first apartments in its biggest venture yet, Nightingale Village, which involves six other prominent architecture firms, including the global practice, Hassell Studios.

Kris Daff, managing director of development companies, Assemble and Make Ventures, recently launched the Assemble Model, a rent-to-buy offer for a new development in Kensington, that aims to make housing more affordable. The model meticulously addresses the criticisms of past rent-to-buy schemes by providing leasing certainty and opt-out provisions.

Brooks’ message lands at an opportune time in the Melbourne construction sector. As architects and developers speak up about their values, they have found a market ready to meet them.

Beauty has become a radical word in architecture

Of the four ideals, beauty has been the most radical, Brooks said. “It was a word I never heard in university. Beauty as a concept was rejected at the beginning of the 20th century.”

Brooks sees architectural beauty as creating places where people can live beautiful lives. “Who doesn’t want to live a beautiful life,” she added. “As architects, I feel our loss of responsibility for delivering beauty has somehow diminished our place in society and culture and we need to reclaim that mission.”

Brooks practice was shortlisted a second time for the Stirling Prize in 2013 for the design of an entire precinct called Newhall Be,  84-unit scheme for Linden Homes that completes the South Chase of Phase one of a multi-award-winning Newhall development in Harlow, Essex.

The judges comments sum up the power of Brooks’ idealism.

“Newhall Be demonstrates the added value that good architects can bring to the thorny problem of housing people outside our major cities. By halving the size of the gardens – creating roof terraces in total equalling the land ‘lost’ – the architects fitted an extra eight houses on to the development. This paid for extras such as full-height windows, dedicated studies and convertible roof spaces.

The overall scheme raises the bar for suburban housing so that, if emulated, could and should have a significant impact on development across the country.

“The overall scheme raises the bar for suburban housing”

This is a fine achievement in its own right. In the context of much of the UK’s new house building, it is truly exceptional”