The Norwegians love to walk: a third of all trips in Oslo are made on foot. But their cycling culture is not as strong.

Liv Andenes has a mandate to change that. As the Acting Director of Walking and Cycling for the City of Oslo, Andenes is responsible for more than doubling Oslo’s cycle path network to 530 kms by 2025.

It’s an ambitious target, and forms only part of the City of Oslo’s ambitious vision for cycling. Her remit is to reform attitudes about cycling in Oslo, both in the City administration and among its citizens, to create a cycling culture.

Andenes, born in a small car-dependent Norwegian town, became a cyclist activist when she first moved to Oslo in 2012, right after living in Copenhagen for a year.

“I got a shock moving to Oslo,” Andenes says

“I got a shock moving to Oslo,” she told Dream Planet at the Urban-Future conference in May this year. “Here, it was so difficult. So few bike lanes and even they were in poor shape. And the traffic culture – I felt I wasn’t respected. The cars tried to squeeze me out. The pedestrians didn’t see me. The lack of a good system made me become an activist, wanting to become Copenhagen!”

During the 20-year reign of conservative City government, Oslo’s bike strategy languished. At the stroke of a pen, the City deemed cyclists could ride on footpaths in the 1970s. To meet targets of adding new paths, the City built where it was easy – out in the suburbs – and deferred the challenges of the city centre.

In 2015, a left-wing City government took power, and requested a new plan.

By 2016, the 180 kms of bike paths were scattered around, few connecting and the centre was “like a black hole”, Andenes says. The new government set a target to increase cycling as a share of transit to 25% (up from 5% at the time) and to build 60 kms of new cycle paths within its four-year term. “They made a declaration that whenever car parking gets in the way of bicycle infrastructure, the car parking is to be removed.”

Andenes orginally joined the Ministry in a communications role, becoming acting director in February last year. Fulfilling the cycling master plan is a political task as much as it is logistical. “We have some cultural barriers that you don’t have in, for example, Amsterdam and Copenhagen. We have hills, we have a long winter [seven months].”

So how do you introduce a cycling culture to a snowy, hilly city that is used to walking?

“Of course you need the foundation, which is that the city has to be bicycle friendly,” Andenes says. “People must feel safe. Cycling needs to be an efficient transport mode, to compete with other types of transport when it comes to time, convenience and comfort.”

To change people’s mind about using the paths is a different matter. Andenes started with “low-hanging fruit”: university students looking for cheap and easy transport.

“We collaborate with universities, with the student organisations to make events on campus. We recently Norway’s first bicycle kitchen on campus – a bike repair shop where students get help to fix their bicycle.”

The City created bicycle map identifying places that students might like to go. It holds big bicycle auctions, working with bike shops around the city to restore used bike and auction them for small amounts to students. This year, around 800 bikes will be on sale for students.

It’s slow progress. Since 2016, cycling’s share of transport grew from 5% to 7%, well short of the ambitious 25% set in the plan. In the past three years, the City has built 34 kms of new cycle paths, leaving a challenging 26 kms this year to meet the target.

Andenes says the ambitous targets help sway resistance in an administration which has long preferenced walking and public transport.

But to achieve it, some dreams have to go on hold. For example, the paths are built above the national standards at 2.2 metres wide, with red asphalt to distinguish them. But Andenes would prefer the gold standard: cycle paths separated by kerbs from both cars and pedestrians. She remains optimistic about Oslo’s cycling future.

“From five to 7% model share is still a low number, but the increase significant. We hope for that to snowball. As we say in Norway, when a snowball starts rolling, it gets very big fast. That effect will happen for cycling here.” 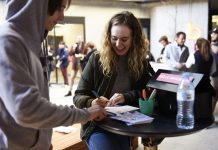 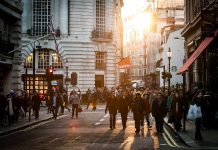 Why I, a cyclist, won’t run down a pedestrian (even though they are walking in the bike lane) 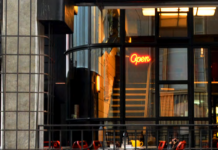