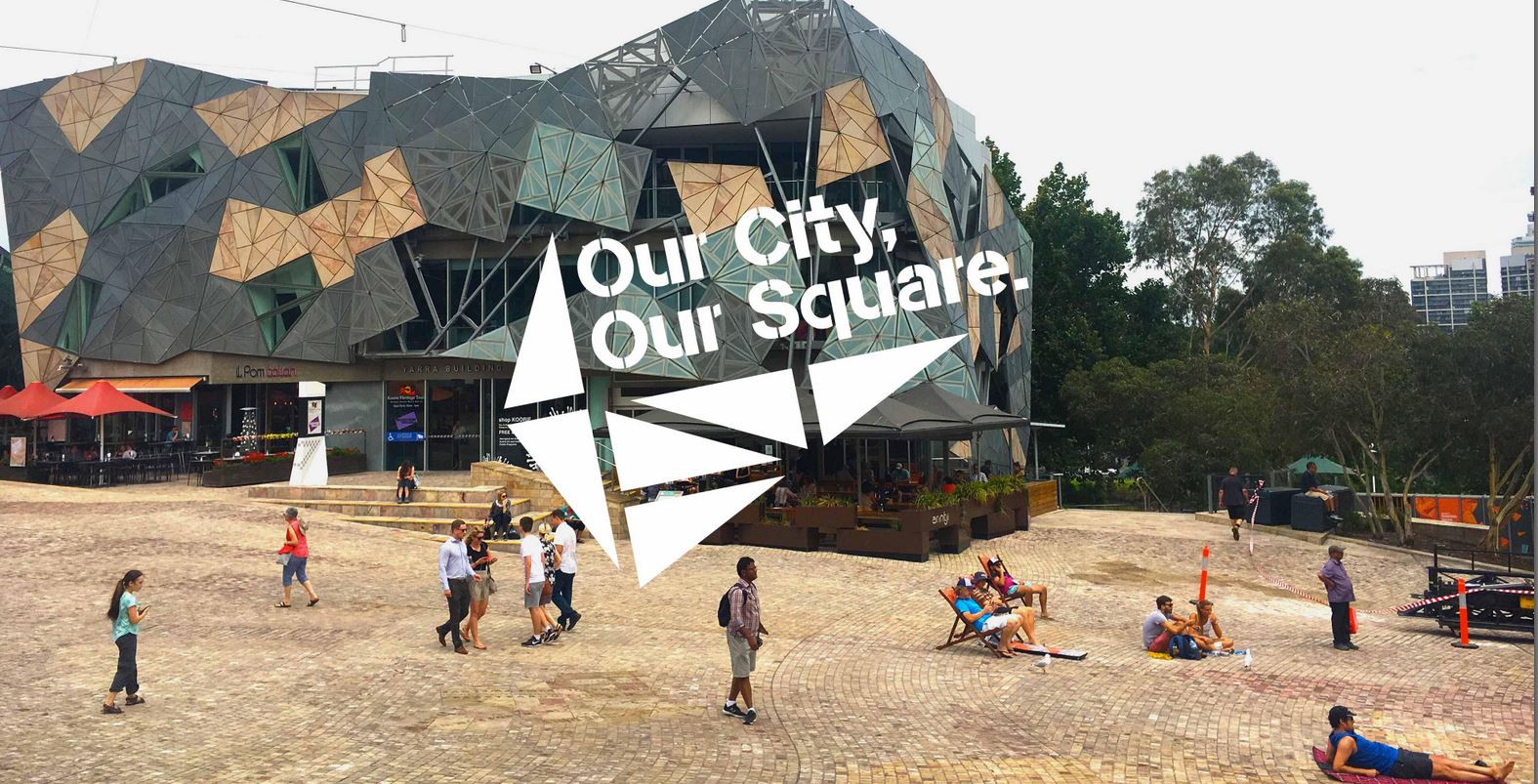 Standing in front of a white board in the weeks before April 5 this year, architect Tania Davidge was diagramming worst-case scenarios with her team: The Citizens for Melbourne. Davidge and her group are behind a successful campaign—Our City Our Square (OCOS)—to stop Apple from building a retail store in Melbourne’s public space, Fed Square. On April 5, the State Government announced that Apple has shelved its plans following the decision of Heritage Victoria to refuse Federation Square management’s request for a demolition permit.

“It was a little bit of a surprise in some ways although this year, we had a bit more hope and optimism,” Davidge tells Dream Planet. It’s been an 18-month campaign and, for most of 2018, it seemed as if the battle was lost. The first that Melburnians knew about Apple’s intention was when the State Government announced its approval for the plan as a fait accompli in December 2017.

“It was a little bit of a surprise in some ways although this year, we had a bit more hope and optimism,” Davidge, who is President of OCOS, tells Dream Planet. It’s been an 18-month campaign and, for most of 2018, it seemed as if the battle was lost. The first that Melburnians knew about Apple’s intention was when the State Government announced its approval for the plan as a fait accompli in December 2017.

Towards the end, Davidge worked full-time on the campaign to overturn the State Government’s decision. She deferred her PhD, with a plan to use the experience of the campaign as a case study in her thesis. Sustaining the effort over such a long time proved challenging. “It was a roller-coaster. What was good about the group was that we had different bases covered: we had tech-savvy, a media guy, architects with different skills, people on the ground for rallies. It was an interesting range of skills.” When one member got too busy, others stepped up their involvement to keep the action flowing.

Lessons from the front line

“One of the really tricky aspects of planning is that it is very abstract for people. As architects, we are trained to see how the changes would affect the square. But people have busy lives. We felt that if they started pulling the building down, there would be a huge public outcry, but it would be too late by then.”

Getting the messages clear from the start was a success factor in the campaign, Davidge says. “The issue was complicated. It is not an easy sound bite; you can’t sum it up easily.” The group distilled its reason for the campaign to seven and published them on the website (towards the bottom).

“If you feel strongly about something, get on a petition website immediately,” Davidge advises. Two petitions started by OCOS, together with one other, gathered 100,000 signatures, which gave the group moral authority in its effort to represent the people.

Never say no to an opportunity

The mayoral elections, meetings of the Future of Melbourne Committee, and “flash mobs” offered opportunities to the group to air its concerns. What is a flash mob, I hear you ask? It’s a group of people who gather in a public place, perform a strange and/or entertaining act, and then disband. “We helped a Brisbane-based public space activist group to organise a fruit themed, anti-Apple store flash mob in Federation Square,” Davidge says, unable to suppress a giggle.

OCOS questioned all the mayoral candidates about the square and published the results including those who wouldn’t respond. “Most of us hadn’t done any kind of campaign of this scale, with such a big theme. Davidge says. “We tried to keep an open mind to any opportunities to keep the message in the public eye, leverage support, find alliances, or to understand the issue better.

It’s not all about digital

Davidge says she and the OCOS group had dozens of coffees, wrote scads of letters, and turned up at meetings, forums, debates, and rallies. These deepened her understanding of the issues, the strengths of support from other advocates, and the constraints that others faced in opposing the plans. Davidge says it is difficult to pinpoint which of the face-to-face strategies were most effective; all worked together to achieve the outcome.

But it is about digital

That said, the Our City Our Square website made it easy for supporters to act in large numbers. “Digital is great because you can quantify things. Our numbers came from there, and that is a message government can understand.”

Understand your place in the advocacy ecosystem

Support came from many quarters. People wanted to help but were constrained by their professional roles. “It was important to understand what our position was, what we could do that no one else could do. We could be the ‘shouty activists’ and that does help people working within the bureaucracy who want to make a point. They can point at us and say, ‘People are upset, we need to address this.’ ”

Dream Planet would like to say a huge thank you to those volunteers who worked so hard, at their own expense, to overturn the decision to demolish part of Fed Square to make way for an Apple store.

Davidge has written an excellent summary of the campaign strategies on the website. Part annual report to the people the group represents, part war plan, this formed the basis of OCOS’s submission to Heritage Victoria.