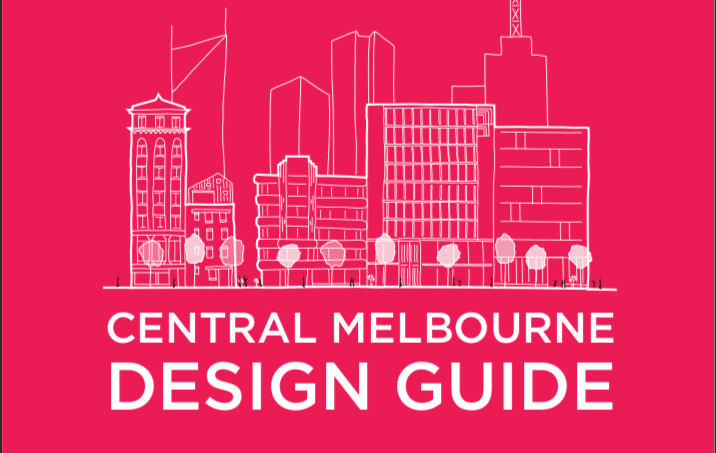 Wednesday 20 November 2018: In a landmark move towards changing planning rules in the CBD, the City of Melbourne councillors unanimously voted in favour of the Draft Central Melbourne Design Guide (see page 128 of the linked document) proceeding to Planning Victoria, taking it a step closer to embedding the 50 design principles into law (Click here to find out what I think of the guide).

Margie McKay, the City of Melbourne’s team leader, urban design and design review, tells Dream Planet that the council’s vote is a significant step towards changing planning policy in central Melbourne. “Because we are creating a policy change, there is a long and quite involved process. To change a planning scheme, you have to go through a planning panel [at Planning Victoria], which is scheduled for February.”

Last night’s vote paves the way the next stage: the City of Melbourne will request that an independent panel at Planning Victoria hears submissions and reviews the merit of the proposal. If supported by the panel, the city will recommend the Minister for Planning to approve the proposal. The Minister then decides whether to implement the controls.

Planning Victoria is part of the state government’s Department of Environment, Land, Water and Planning. Currently, all government departments are in “caretaker mode”, pending the Victorian State Election on Saturday 24 November.

Why the need for the Central Melbourne Design Guide

Demand for the guide came from the councillors based on feedback from their constituents, City of Melbourne urban planner and lead author of the report, Andy Fergus, tells Dream Planet:

“Work on the guide started with the council saying, ‘This is not good enough, what is getting built in our city’,” Fergus says. “The development approvals that happened in the early 2000s took a while to get built. At first, it was one skinny tower on its own, and that was exciting. But when it is six in a row … Look at Little Lonsdale Street, the most damaged in the city outside some areas of Southbank. That is the collective impact we are talking about.”

“Let me be very, very clear: I do not for a second think developers are the problem.” Andy Fergus

The planning department proposed to the councillors that it conduct an evidence-based review of planning policy, which the city has not updated significantly since 1999, Fergus explains. “We said, there’s a need to update that policy. Let’s set out to improve it, but let’s be open-minded about it and let’s do the research.”

Fergus visited every building in Central Melbourne built since 1999, to document, analyse and observe people around them. “It was upsetting,” Fergus says. As he set about photographing the offending structures, he also documented what worked well. “You find these gems of buildings in between, these lovely moments. A poor tower with a beautiful shopfront, and it’s delightful. You realise it doesn’t take that much to make a pleasant street environment. A great lobby, a ledge, a tree, a bit of space to sit.”

The team conducted workshops with professionals, community resident groups and with people all across the City of Melbourne – from waste to local laws to engineering and traffic – for their views. “We went out on a fact-finding mission,” Fergus says.

“We went out on a fact-finding mission,” andy Fergus.

The guide categorised the issues and solutions into six themes, starting on a large scale and moving to the smaller details:

If the categories sound like “urban-planner speak”, their meaning is quickly revealed through accompanying diagrams and the clearly named guidelines, which are followed below by my precis of their intention.

Who objected to the Central Melbourne Design Guide, and why

Before approaching the Planning Victoria panel with the guide, the City had to circulate a draft for comment. About 50 submissions came in, many in support, Fergus summarised.

But five mandatory principles did attract objections. “Everyone fights anything mandatory: it’s a rational market behaviour to defend anything like that,” Fergus says.

The five mandatory principles relate to:

Initially, some architects and designers feared the guide was too prescriptive, but Fergus says most of the requirements can be varied. “Some of the critiques of the document are that it’s too restrictive on design freedom. But I can think of one great exception to almost every requirement … but we’re in the business of the 99 per cent that we are going to deal with. But if someone comes along … and makes a spectacular response that’s generous to the public and achieves other objectives, we can then make a decision, as a council, to say in this instance we will vary it because it is a better design outcome.”

For the next 12 months, the City of Melbourne’s urban planning division plans to create events and activities to promote and publicise the Draft Central Melbourne Design Guide. “There is a research phase, the regulatory component, which is the guide, and there is now an excellence program,” Fergus says. “If you can empower residents of the City of Melbourne to be more vocal advocates and activists around design quality, they demand more of us. What we want is demanding constituents.”

Team leader Margie McKay says: “We have also got a program this year around the theme of design excellence, and a big part of that is public engagement about the idea of what makes good design. McKay says the planning department are scoping a range of activities including activities for Melbourne Design Week and Melbourne Knowledge Week, setting up a City of Melbourne design excellence awards, a point-score system for developments, design competitions, and partnering with media.

Visit the City of Melbourne website for more information about the design excellent program.