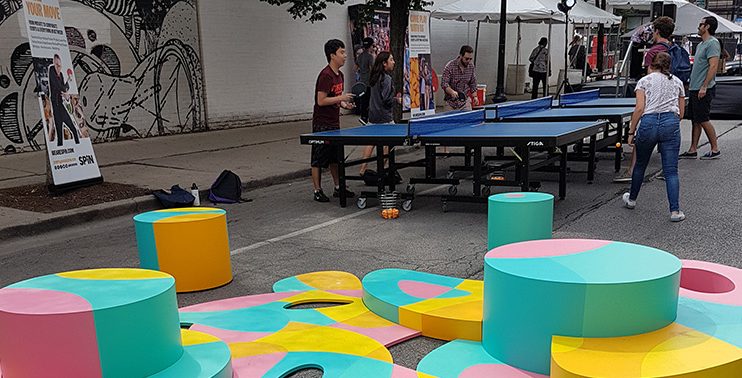 Local governments will be forced by proposed changes to the Act that governs them to widen their consultation with the community. The move will be good news for teenagers who are often left out of the process, says Emily Taylor, a senior project manager for CoDesign Studio, a Melbourne facilitation company that specialises in helping local government and developers to involve the community in decision making.

Mental health is the top issue on the minds of young people, according to a recent youth survey report from Mission Australia. This survey and a report by engineering company Arup show that our city planning is letting down today’s young people. (Read more: How our cities worsen the mental health of teenagers)

The changes will enforce a process that is already familiar to Taylor: engaging the wider community, particularly young people, in the (typically) opaque process of making decisions about our cities public spaces and private developments.

“Young people are typically left out of decision-making when it comes to urban development, resulting in two-thirds of youth feeling excluded from their city,” a 2016 report, Youthful cities Survey, found.

Taylor welcomes the changes to the Local Government Act, which are currently in stage four of an exposure draft.

Teenagers are left out because they can be difficult to access, she says. “You have to go to a school or youth group. It is an extra step. And a lot of people find that intimidating. They make some assumptions that young people are smart alecs for example.”

Taylor, whose background is in community development, became interested in engaging teenagers when she noticed a gap in the age of participants during the engagement sessions her company ran on behalf of its clients. Young people just didn’t turn up. But public spaces matter to young people.

“Public spaces are young people’s spaces,” she says. “They hang in public spaces because it doesn’t cost any money. Many neighbourhoods and main streets designed around consumerism, but they haven’t got money for coffee or fish and chips.”

Keen to get to get teenagers more involved in designing spaces that include them, and are not just skate parks or last-minute additions, Taylor created an open expression of interest for the Strathmore Neighbourhood Project.

The suburb of Strathmore lies between Pascoe Vale and Essendon in Melbourne’s inner North West. There is little green or public space across the suburb, which is dominated by cars and a commercial focus.

“We got an application from a group of young people,” Taylor says. “One of the things we learnt is that when we don’t have prescribed outcomes, teenagers feel more comfortable to participate.”

Working with the young people, CoDesign formed a vision:

The project began in an exploratory way which promoted a safe learning environment.

“Too often, the language of urban planning is restrictive,” Taylor says

“Too often, the language of urban planning is restrictive,” Taylor says. “If they are still in primary or high school, we empower them to learn the language, and start off by explaining the project in identifiable terms.”

For example, a planning brief for a youth facility might specify that is accessible and welcoming. “These principles are all well and good but what does that look like?” Talor asks. “Welcoming might look different to high school students than to an architect.”

Few adults, let alone teenagers, understand the complexities of the planning process. Taylor hears this again and again from young people. “They have the confidence. They tell me, ‘I have the skills; I am an artist. But I have no idea how I would start to do a legal public mural. That is what is not being made accessible: how young people can be more involved.”

To some degree, keeping teenagers hidden keeps the planning process smoother. The more people involved, the more compromises and tradeoffs have to be made. But young people thrive when given real-world challenges.

“In the Let’s make a Park project, run through the City of Port Philip, they wanted a mural. We said, let’s not just paint a mural, we did a six-week project to learn the skills, design the mural, and talk to the community about what they wanted to see. The young people did the consultation with the community.”

CoDesign’s projects are funded through philanthropic grants, but more state and local governments want to consult with young people.

The changes in the Local Government Act are helping to drive that change, Taylor says. “One of the biggest outcomes is the need for genuine community participation,” she says. “What makes it genuine is not just consulting the usual people. Councils realise they need to be more inclusive, because young people are leaving, particularly in regional areas. Towns need young people for employment, education, innovation.”

To achieve that change, councils must create opportunities for teenagers to put their point of view, and invite them in, says Taylor. They must say, ‘We want to work with you to redevelop this public space, or run this event, with the things you want in it.’

That space needs to be informal, she insists. “I am not talking about traditional consultation but being more creative. And we must resource them to do that as well: here are some finance and planning tools. We can teach you how to do this stuff, and creating a learning environment.”

Read More: What teenagers want their cities to be like when they are asked

Read more: How our cities worsen the mental health of teenagers